Alpines of W China and Tibet 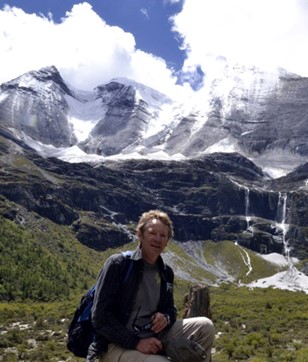 Vojtěch is a researcher in the agricultural plant Gene bank and National coordinator for plant genetic resources. He has been interested in alpines and botany since he was 11 years old. He loves mountains and he travels extensively to photograph plants and wild habitats, in the world. He became obsessed with crevice rock garden construction, he constructed main rock gardens in the show garden of Rock Garden Club Prague (RGCP) together with Ota Vlasák and Zdeněk Zvolánek and they got a Gold medal for RG construction in the International Horticultural Exhibition IGA Erfurt, Germany. He headed shows of the RGCP and served as the President of RGCP for 6 years. He runs a seed nursery. He has published 3 books on rock garden construction with Ota Vlasák,  The Caucasus and its Flowers with Pavel Křivka, and The Tian Shan and its Flowers with David Horák. He was awarded the Lyttel Trophy by the AGS in 2010.